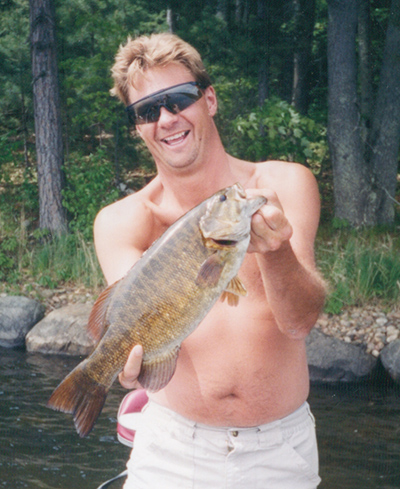 William H Spahn II (Bill) was born in Madison, WI in 1962.  The family moved to Sun Prairie when Bill was two years old and built a house on Miller Street.  In 1975 he dove into shallow water off the family’s pier in northern Wisconsin and was diagnosed as a quadriplegic.  With his family and physical therapist, he proved medical professionals wrong and walked out of the hospital less than five months after the diving accident.  Bill’s accomplishments include being an auctioneer, fishing guide, multiple Subway restaurant owner, Star of fishingwisconsintv.com/ and commercial property owner.

Bill lived in Poynette until his death on January 12, 2019.  He was with his best friend, his dog Junior, when he passed away.  Over $1,200.00 was donated to the Spinal Cord Injury Foundation in his honor.  He will be missed by all who knew and loved him.